If you're a fan of modern youth crew one name is synonymous with this scene and it's album art- Jay Jacoby. He is our generation and genre's Raymond Pettibon. Not only is an amazing artist but did we mention he works for free? Keep an eye out for this talented artist with tons of great projects in the works with great up and coming bands!

Ama: What are you some of your favorite current bands?

Jay: Man, where to start? There are a lot of great bands going right now, it’s easy to be stoked on hardcore. Let’s see, Mindset and Right Idea, On, pretty much anything on React!, Alert, Force Fed, Remission, Outlast, Reveal the Truth, the list goes on and on. 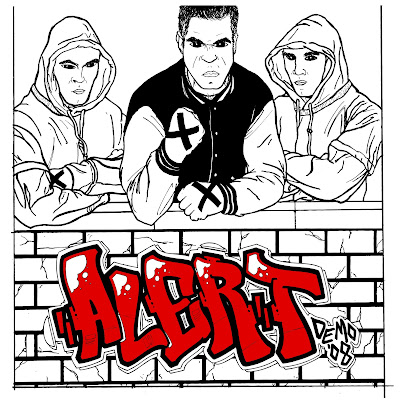 Ama: Tell us some things you're posi about it?

Jay: Man, there are so many things, I guess I’ll break it down like, this: I love my wife and kids, my family and friends, my job is amazing. I can’t ask for more than that, really. Then on top of that, I’m doing art for a scene I love, full of individuals that, for the most part, are conscious and caring and are (hopefully) trying to affect a change, both within themselves and hopefully, the world around them. Let’s see what else? Talking to younger local kids that are stoked on the core, hearing a good band for the first time, getting e-mails from all over the world asking me to do art for their band, free shit in the mail, etc. 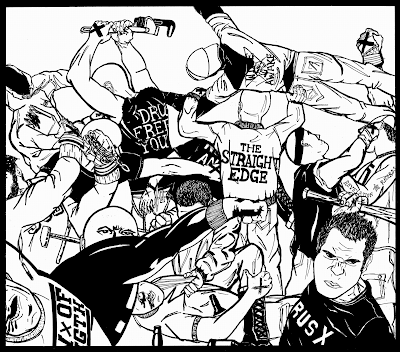 Ama:How long have you been doing art in the hardcore scene, what got you started?

Jay: After a couple of misfires, I really got my start about a year and a half ago. I had mentioned to Jeff Hess from Right Idea that if the band ever needed art, I’d be more than happy to do something for them. When Hess was working on his zine, he contacted me about doing a profile on me and several other artists and asked me if I would like to contribute something. I gave him an old drawing and a new drawing which he used and it’s just kind of snowballed from there. It’s come full circle too I just did the test press cover for the 7” version of the Right Idea Our World EP. 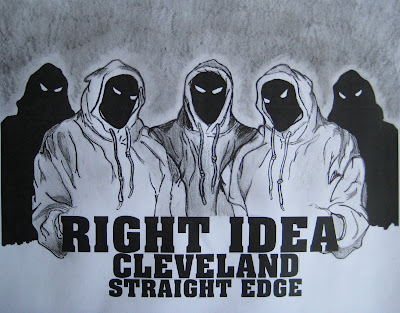 Ama: You seem to work primarily with youth crew bands, any specific reason why?

Jay: HAHA I never set out to do it that way, that’s just kind of the way it happened. And to be honest, it’s not really been a goal or anything, but the youth crew scene is small and pretty close-knit right now, and word travels fast. You put out the word you’re doing art for free and it attracts attention. I also think that the aesthetics of the original youth crew stuff holds up, it’s really clean and crisp (if that makes sense) and so is my “style”, if that’s what you want to call it, is kind of similar. I would never turn a band down based on the fact that they aren’t “youth crew”. 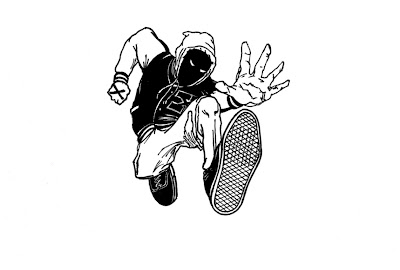 Ama: Are there any artists you look up to?

Jay: I have to say, I look at art constantly, there are so many talented people out there doing/have done, so many different things. Here’s a short list of people whose work I really admire and have a lot of respect for: Linas Garsys, Wassily Kandinsky, Mike Bukowski, Mike Mignola, Hokusai, Frank Miller, Brian Walsby, Pablo Picasso, Yoshitoshi, Jackson Pollack, Jake Bannon, M.C. Escher, the list goes on. 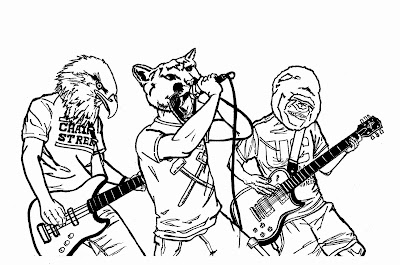 Ama: What are some of your inspirations?

Jay: As far as artistic? I’d have to say that I’m inspired mainly by the music I listen too, you know? I also think that a lot of the hardcore punk artists that have come before, Raymond Pettibon, Mad Marc Rude, and a lot of the guys listed above, always make me want to push it that much further. The idea that I’m trying to create something that conveys so much, either a band’s shirt or demo or record cover, into one singular image is a challenge. I’d like to think I do a fairly decent job of that. And other inspiration? This thing of ours, hardcore really. 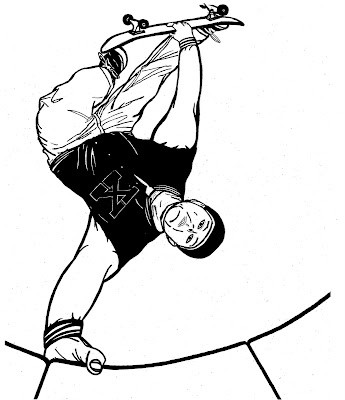 Ama: What mediums do you enjoy working in the most?

Jay: As far as what I’m doing in HC, it’s pretty straight forward- pencil, eraser, and pen/marker; it’s really basic and really immediate. I’ve got very little experience on the computer so I’m hoping to remedy that and learn my way around the different programs to further help me. I also dig a lot of printmaking, which is what I got my first degree in college. It encompasses a lot of stuff, such as linoleum cutting and wood cutting, monotype, silk-screening, and lithography. One of these days, I would love to do something that combines both. We’ll see…

Ama: In a time where artists are making bank off bands why do you choose to work for free?

Jay: I’ve gotten so much from HC. The city I’ve grown up in has never really lent itself to my particular tastes in hardcore, even still, I’ve been able to connect to a lot of great people and bands over the years. I always wanted to do something, to contribute, to give back, as corny as that sounds. I figured that the best way to do that was to do something for the bands I love, do some art. I think that at some point, I may say “Hey, if you want to give me a little money, I would take it”, make it kind of an optional thing. Either way, it isn’t a part of what I’m about or where my interests lie. There are several bands that I’m doing stuff for that are paying me now because they want too and won’t take no for an answer. HAHA 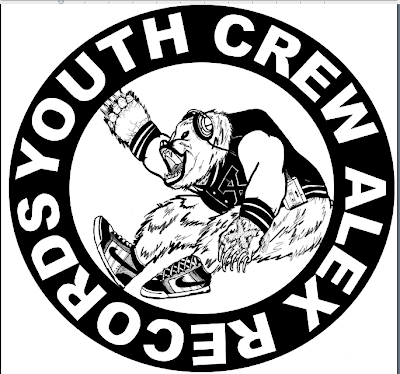 Ama: Any new artists we should be checking out?

Jay: Really, the main guy that I always tell people to check out is XSlabaX. He and I bounce ideas off of each other, one of these days we’re going to collaborate on something epic, we just don’t know what yet. He is extremely talented and gets me stoked on the core and art on a regular basis. Also, Michiel Walrave, another good hardcore artist, he’s got a real bold style that lends itself well to the color he uses.

Ama: Tell us some big projects you have coming up?

Jay: My plate is full right now and really, I try and treat everybody and every band the same so I try not to look at certain projects as “bigger” than others. I’m working on stuff for Chapters from CAN, Stand Clear from the UK, Channel X from Malaysia, HoldXTrue from Hungary, something cool coming up for Outlast and Reveal the Truth from NJ and FL respectively, and some other cool stuff that I’m really stoked on.

Jay: First of all, thanks to Invasion, really appreciate this. Also, big shout outs to all of the bands that have asked me to work for them or are waiting on something from me, the Alert Crew, Dave and Outlast, Youth Crew Alex Records, XSlabaX, HYE, Jeff Hess, Evan and Mindset, Jym 129, and Aram and React!. If you want to get ahold of me, check out my blog at http://positiveartlook.blogspot.com/ or e-mail me at xjmjx@hotmail.com