Behind Sound and Fury- Interview with Bob and Riley 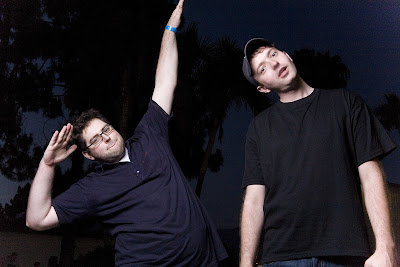 One of the most celebrated events in hardcore is Sound and Fury Festival, for those of you unfamiliar with this event it's a three day fest in Southern California in the summer months for the past several years. As many know, putting on hardcore events is a thankless job. You will rarely be thanked and more often than not be at the very heart of skepticism, gossip, and on top of this listen to the never ending complaints and nit-pickings of the internet. But none the less hundreds of thousands of kids travel the globe to Southern California faithfully every summer for this gathering. We've had the chance to sit down with Bob Shedd and Sean Riley, who if you don't know spend their lives, money, and free time investing in hardcore- whether it's to loan their friends money to tour, put out cds, help bands network with labels, and of course put on this huge festival year after year. Enjoy this no bullshit interview and hopefully it'll put some rumors to rest.

Sound And Fury’s Bob and Riley:

INV: Okay so can you both introduce yourselves and what your roles are for Sound And Fury?

BOB SHED: My name is Bob and I’m one of three guys that run everything in the fest, but I primarily deal with band and label interaction and I guess last minute damage control. [Laughs]

SEAN RILEY: I’m Sean Riley, and as Bob said, I’m one of the three people responsible for Sound And Fury, but I think our responsibilities really blur a lot. We all work on the fest in different areas and mainly I handle a lot of the back end stuff, like setting things up online, getting the announcements out there, you know, stuff like that, but we really do share a lot of the responsibilities.

INV: Tell us how it all began and why.

SHED: So, it was February 2006, actually, let me rewind a bit. In 2005 at a small California festival called Sink With Cali Fest, me and Riley were there talking and we were like, this is a really cool thing, it’s cool energy, a really cool vibe, it would be great though if a lot of the bands that we liked played. That’s something you always hear kids say, “Aw, I wish my favorite band would play!” After that we thought, well, why not do it ourselves instead of just complaining about it? So then, fast forward to February 2006 when I was sitting in my community college class and I thought, why don’t we do the fest? I started making a list of bands and I called Todd and he was into it, and we already had a venue in mind in Ventura; we called Riley just to round it out and within ten days, we had everything booked and the show was scheduled. After the success of the first year, we just had to do it again and again.

INV: What’s the process of putting on an event like this?

SHED: Well, the first thing you have to do is find a venue. The first two years we did Alpine in Ventura, which was a great venue and they really helped us out a lot. They had built in sound, built in everything and they were pretty sizeable. Finding a venue for this year’s fest was easily the most difficult task. At this point, all the bands know that we’re legit, know that we’re putting on something really well organized, so yeah… venue is first. Then you work out cost, start figuring out bands and then just locking up all the incidentals. Promotions, posters, flyers, figuring out ways to get out information about the fest are pretty important. At that point, the ball is rolling, Riley set up the web store, so it really is that anyone can do it if you just put the work into it.

INV: So it was pretty much trial and error for you guys?

RILEY: I don’t think so; we would get together at least like, once or twice a week which was pretty crazy considering Bob was in Irvine, I was in El Segundo and Todd has lived in various places up here in Ventura. It would turn into a whole day event because we would get together for about once a week in at least the six months leading up to the fest and just plan everything out. I mean, it worked because we’re all pretty capable and we’re self-starters.

INV: Is there anything you guys would change about this year’s fest?

SHED: Well, it’s hard. There haven’t been any fights; we’ve all had a really fun time working with all of these bands. This year has been pretty smooth sailing…

INV: When you guys are trying to put something this huge together, does it ever get overwhelming to make sure that all of the bands are happy and content?

RILEY: Yeah, of course. You have to realize we’re three people and there are fifty-ish bands and we really do put a lot of ourselves into this and we just really want everyone to leave here thinking that they have the perfect experience.

INV: What would you say to the people who believe you’re just in this to make money?

SHED: Look at my bank account and look at where I live… [Laughs] It’s really ridiculous and borderline insulting. I mean, I have $80 in my bank account… I am over $75,000 in student loan debt and I spent most of my student loan putting out hardcore records.

INV: Awesome; is there anything else you guys would like to add?

SHED: Yes; the bands involved, the people that come, they are what make this fest what it is, so we’d like to say thank you to them above everything else!