Kill Count: 5, only one is by a chainsaw

Black People: 1, he’s the truck driver at the end of the film.

Quotes: “That’s the last goddamn hitchhiker I ever pick up.”

Narrator: “The events of that day were to lead to the discovery of one of the most bizarre crimes in the annals of American history, The Texas Chain Saw Massacre.”

High’s: Dude in wheelchair tumbling down a hill while pissing, crazy hitchhiker in the van, old man beating the girl with a brook, a girl being hung alive on a meat hook.

The sound effects and gritty filmmaking.

More High’s: LEATHER FUCKING FACE, the tension during the dinner scene, the man being ran over by a 16 wheeler, grandpa trying to use a mallet on a girl’s head.

During the dinner scene when Leatherface cuts the girl's finger, he actually does cut her finger because they couldn't get the fake blood to come out of the tube behind the blade.

Gunnar Hansen (Leatherface) didn’t like Tobe Hooper so during the last scene when he’s swinging the REAL chainsaw around he tries to swing it towards Tobe who was behind the camera.

On one of the last days of shooting the cast and crew ate pot brownies while filming inside the house.

The soundtrack contains the sounds an animal would hear inside a slaughterhouse.

Return of The Living Dead

Quotes: “The events portrayed in this film are all real. The names are real names of real people and real organizations.”

“Leak? Hell No! These things were made by the U.S. army corps of engineers.” (Hits the barrel and gas leaks out)

Low’s: I would like to have seen more gore, but overall it’s a cool premise and I don’t have many complaints about the movie.

Repeat Viewing? Yea. I think it’s a cool zombie flick with some comedic moments and a sweet punk soundtrack. The creators self-reference their other movie Night of the Living dead and even make up some more rules for the zombie genre.

Black People: 1 in the background at the hospital wearing a red tuxedo. Weird.

Quotes: this movie is very quotable. “Fuck you and Fuck your disco ball!”

“She’s my girl now. That mean nobody gets to put their fingers inside her but me. Can you believe I just said that?”

High’s: a Fat Daniel Stern with a chainsaw, awesome 80’s soundtrack, Otis prematurely ejaculating then punching a girl in the face, curling iron burning a man’s tongue off.

Repeat Viewing? Some good comedy mixed with some violence. Plus A Creepy dude reliving high school and torturing girls in cheerleader outfits. AKA definitely.

Quotes: “what the hell is that?” “It sure ain’t the Pillsbury fucking doughboy.”

Highs: Gary Busey pissing on what’s left of his career. Old lady who works at the bakery holding a bottle of jack and a shotgun. Gingerdead man cutting a finger off with a butcher knife. A 12-inch Gingerdead man driving a car and using a gun…exactly.

Low’s: Worst use of a music library. Too much plot/shitty music. The same music is also used in evil bong.

Repeat Viewing? 70 minutes is longer then you think. Fast-forward through the talking and just watch the Gingerdead man does his thing.

Highs: A guy getting hit in the nuts

Repeat Viewing? This movie has no redeeming qualities. Have your friend punch you in the face until you black out instead of watching this shitty movie.

Low’s: Ama Reeves snoring while I was reviewing this movie, watching it sober, the characters talking and not dying, and the character Alistair being a complete and utter faggot.

Repeat Viewing? If you like weed don’t rent this movie…Buzz Kill 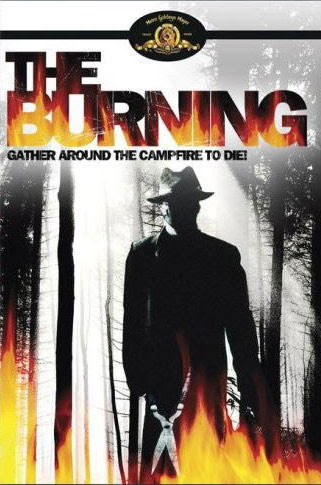 Black People: 1, as the overenthusiastic orderly.

“Man, this guy is so burned, he's cooked! A fucking Big Mac, overdone! You know what I mean?”

Highs: The death scenes are incredibly violent and graphic. Thank Tom Savini again. The testosterone levels are at an ultimate high in this movie. Also Jason Alexander with hair.

Low’s: This movie has no faults. It’s my favorite 80’s slasher flick. Ballsy but true.

Repeat Viewing? Yeah this is probably the most underrated horror movie of the 80’s. I watched this movie so many times in the past few months. This is also the first Miramax/Weinstein film. 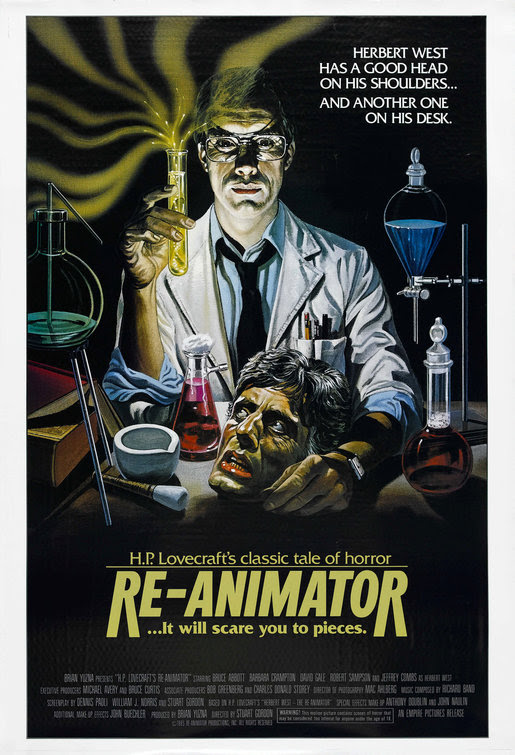 “Who’s going to believe a talking head? Get a job in the sideshow!”

Highs: Awesome intro, and the opening score during the titles is an homage to psycho. Reanimated Cat trying to attack people and a headless man feeling up a girl are also cool.

Repeat Viewing? There’s a reason this movie is heralded as a classic.

Quotes: Not very quotable, but it doesn’t need any.

High’s: Tom Savini does the effects so you see lots of bloody gore including a head exploding and death scenes that feature a pitch fork. Oh yea there’s some good tension and the last scene of the movie is fucking awesome.

Low’s: read above. This movie rules 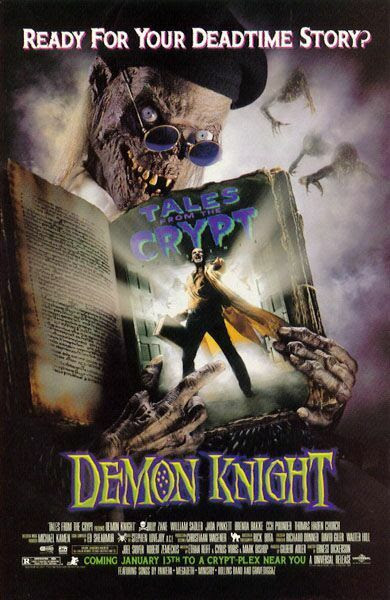 Black People: 3, the most out of all the horror movies I reviewed.

“God dammit get that pussy off the table!… I meant the cat.”

Highs: Billy Zane punches a hole through a cop’s head.

Low’s: I only wish there were more movies featuring the crypt keeper.

Repeat Viewing? Yes. The movie has a cool plot based around a guardian protecting a key that if let into the wrong hands can open the gates of hell. What’s not to love?